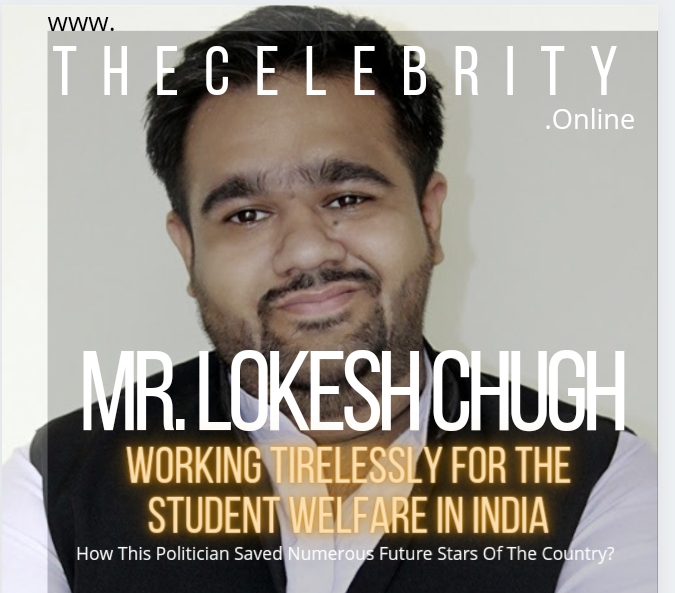 Mr. Lokesh Chugh, who is very dedicated and famous for his work towards uplifting, guiding and empowering the youth of this nation, is the National Secretary Incharge Media and Communications of National Students Union of India (NSUI), the student wing of Indian National Congress (INC).  He is also known for raising the issues of students and resolving them as early as possible.

Mr. Lokesh Chugh: A Dedicated Personality With A Noble Cause

Mr. Chugh was born in New Delhi, National Capital Region of India on 18th of September. He belongs to a middle class business family. He is a firm believer of student politics. Mr. Chugh has observed how the voices of middle class students are lacking in politics. So in the year 2016, he started his journey in active politics.

He was determined to take up the unheard and suppressing voices of middle class students. This was his ultimate motive which led him to join active student politics, he worked hard in it and reached greater heights and that’s why in the past and today he is recognized as a great leader for helping the students.

From the year 2016-2018, he assumed the office, his first great responsibility in politics, as General Secretary, Delhi State, NSUI. On getting this responsibility, he worked hard and got promoted and became the National Coordinator Incharge I/C, Gujrat and Delhi NSUI in the year 2018. He worked on this post until 2020.

Mr. Chugh Has Been Working For Students Welfare From The Core Of This Heart

He has raised multiple student issues from fee hike to cancellation of exams during lockdown due to COVID19 and before the lockdown when there was no such pandemic, he raised the students’ issues and helped them out. His demands made headlines in the news many a times and the issues were resolved.

Mr. Chugh has a very strong career record. He has handled several prestigious posts through the years and worked on all of them with enthusiasm to help the people. He has been an Advisor in the Ministry of Statistics and Programme Implementation for about a year now.

Earlier he held the position of the Central Advisory Committee Member for a period of two years in the Ministry of Communications & IT. These two positions obtained priority under the Government of India and he continued his work alongside the work of the position(s) he held during his tenure .

He doesn’t take a break (or halts) in his efforts. In a way to empower the youth and make them learn the learning of a Non Governmental Organisation (NGO), he established UNNATI, a hub for civil aspirants.

It was formed for helping children and the students who are unable to access study material for competitive examinations. He also appoints a number of students across the country for building his team which will actively, dedicatedly and enthusiastically do the work and accomplish this mission under several departments.

He continues to serve the nation relentlessly and stands firm on his belief. Leaders like him are what the Indian Nation needs at this moment, where the youth of the country channel their energy for a greater goal for humanity.

His works for the students are as follows:

In short we can say that such a great personality has to be there in the society because they teach everyone many good things like the dedication towards his work, restless efforts to help the students. Managing his personal and professional works etc.

A very big thanks from the students for helping them and a great salute to such a good leader.

Below are social media handles of Mr. Lokesh Chugh where you can reach him out. 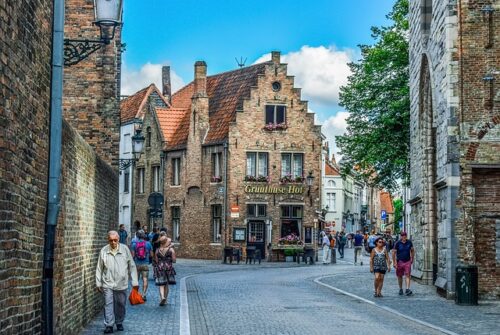 Brussels To Sanction The Transfer Of Migrants Soon